Advertising art or Commercial art, was the main source of income for many artists like Dudley Wood, especially in the Depression years of the 1930’s. His reputation in this field enabled him to secure cover work for popular magazines such as New idea, Life, Australia Today, Australian Journal  and later the Women’s Weekly. His advertising images appeared in many publications and newspapers for quality stores such as The Myer Emporium, Berkowitz, and for products like Pelacao Shirts, Nugget Boot Polish and Meltonian Shoe Cream, created by . The National Gallery of Australia  holds several of these posters, while the main body of these works was donated to the University of Melbourne Archives. In later years, Wood received commissions from industry, including Broken Hill Pty Ltd, Australian Iron and Steel Pty Ltd,  Rio Tinto Ltd,  Australian Paper Mills Pty Ltd, and General Motors-Holden’s Ltd. These travel opportunities allowed him to produce his own landscape paintings as he sketched the countryside further afield from the industrial sites he had been commissioned to illustrate. 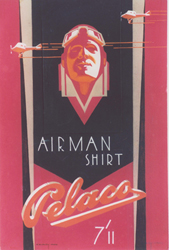 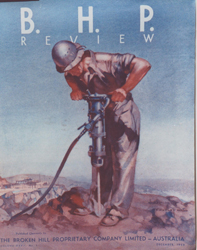 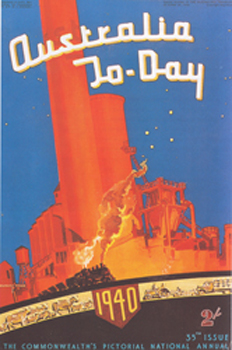